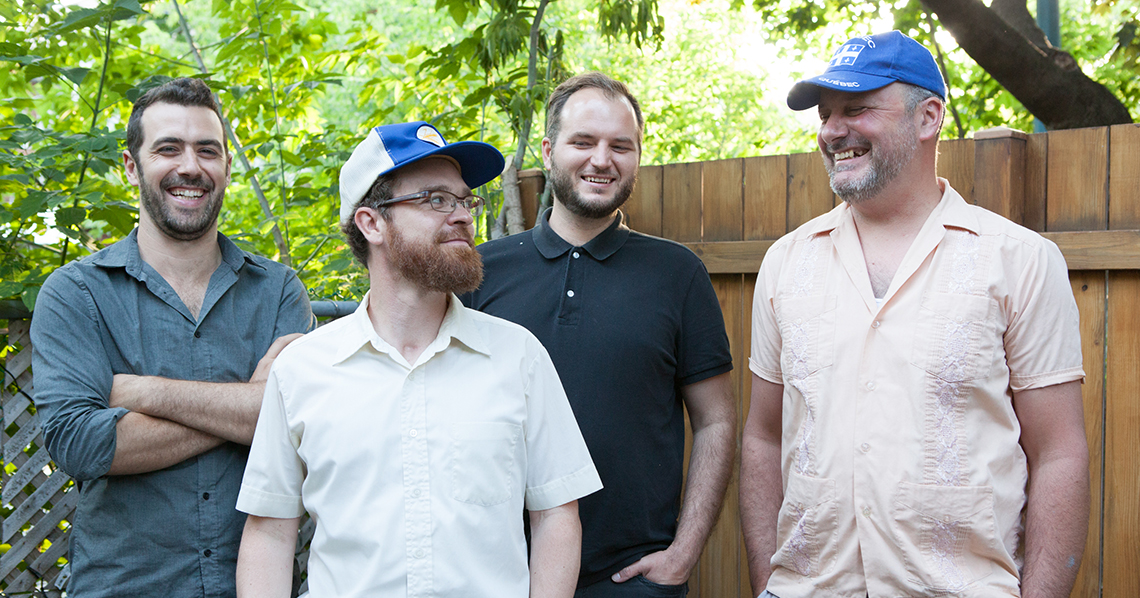 Until his 2016 move to Vancouver, violinist Josh Zubot was a ubiquitous presence in Montreal’s music scene with groups like the Subtle Lip Can, Ratchet Orchestra, Quartetski, In the Sea, as well as pop bands like the Barr Brothers. Equally at ease with classical playing, bluegrass fiddling, and the scrape and pluck of extended improvisation, Zubot is one of the most impressive improvisers at work in Canada. MendHam is his Montreal quartet, a band of massive intensity that can turn on a musical dime and – underpinned by the simpatico bass-drum pair, Nicolas Caloia and Isaiah Ceccarelli – loves to swing. Baritone saxophonist Jason Sharp is a powerful soloist who, in the thick of group playing, is almost akin to a rhythm guitarist at points. A dazzling band.