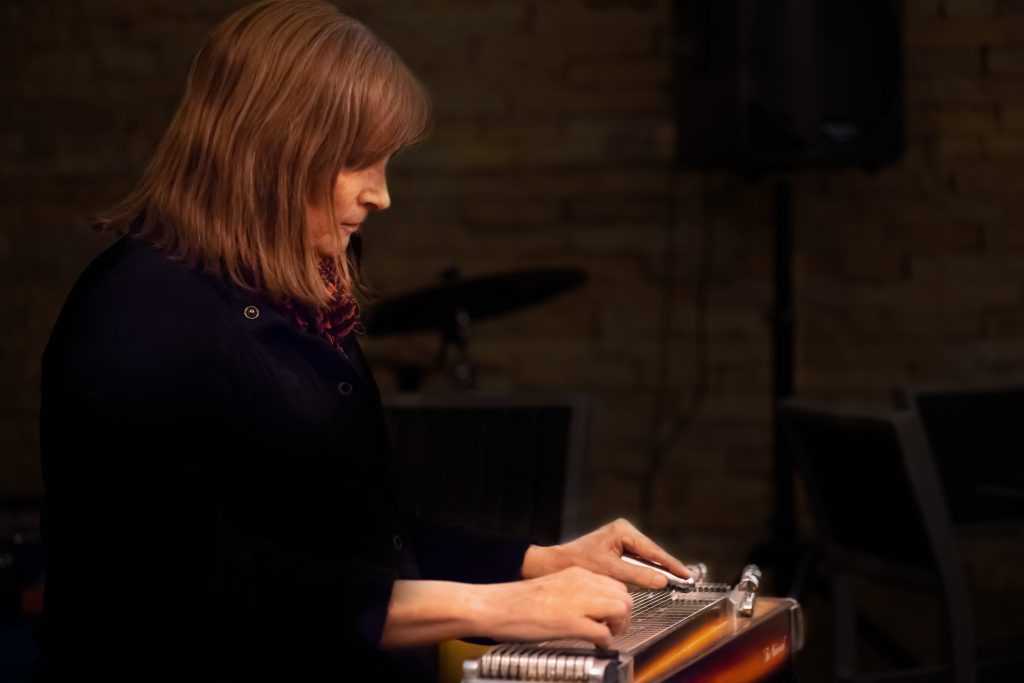 One of the world’s premiere exponents of her instrument, Susan Alcorn has taken the pedal steel guitar far beyond its traditional role in country music. Having first paid her dues in Texas country & western bands, she began to expand the vocabulary of her instrument through her study of jazz, 20th C. Classical, and world musics. She has been awarded, in 2016, “Best Other Instrument” at the International Critics Poll; in 2017, the Baker Artist Award; and in 2018, the Instant Award in Improvised Music. The Guardian writes, “As an improvisor and composer, Alcorn has proven to be visionary. Her pieces reveal the complexity of her instrument and her musical experience while never straying from a very direct, intense, and personal musical expression.”