“The first time I heard Peter Brötzmann live was in a bookshop in Rotterdam in 2000, a duo with the outrageous – and outrageously talented – Japanese guitarist, Keiji Haino. Eager to get as close to the music as I could, I arrived early for a coveted seat in the front row – of no more than three rows total in the tiny place – about four feet from where the bell of Brötzmann’s tenor would be come concert-time. I had heard classic recordings like Machine Gun and Nipples, and was well aware that I was in for a visceral, certainly loud experience, but this was scant preparation for what I was about to hear in person. The richness of the full-throated sound and, more fundamentally, the torrent of deep feeling that Brötzmann projected left me shocked, overwhelmed, and blissfully delighted. It was a benchmark experience in my history of listening, akin to discovering the rich, bewildering, intoxicating sounds of Hendrix’s Are You Experienced? in my mid-teens.

“Since then, while I’ve accumulated many of the master’s recordings, it’s the live experience I’ve sought out whenever possible, and a particular Brötzmann solo concert at the 2011 Festival de musique actuelle Victoriaville was a revelation. It was fundamentally the same music I had heard eleven years earlier, but emerging from the thickness of the braying, squalling, screaming saxophone and tarogato improvisations was a lyricism, an almost rhapsodic quality, that I’d never heard from Brötzmann before. By the end of the set, when he was playing “I Surrender Dear,” I could think of nobody else but (and no less than) Coleman Hawkins, essentially the father of jazz saxophone. As if to signal his debt to the gamut of jazz saxophone history, Brötzmann finished with a wrenching version of Ornette Coleman’s “Lonely Woman,” and the circle seemed complete, if perennially ephemeral.

“It is my great pleasure to present Peter Brötzmann solo at the Guelph Little Theatre tonight at 8pm, followed by an onstage interview with the noted St. John’s NL broadcaster and mélomane,  Mack Furlong. It is also my pleasure to offer tickets to this concert for $10, so that everyone in Guelph and from farther afield curious to experience this very special music and musician can do so without financial barrier. – ST

ps. My Guelph Jazz Festival podcast on Peter Brötzmann (among others) can be accessed here.”

Along with ‘An Eveving with Peter Brötzmann,’ enjoy a full Day One of the festival Colloquium at the University of Guelph, and convened by the International Institute for Critical Studies in Improvisation (IICSI), a free program that is open to everyone. See the schedule here. 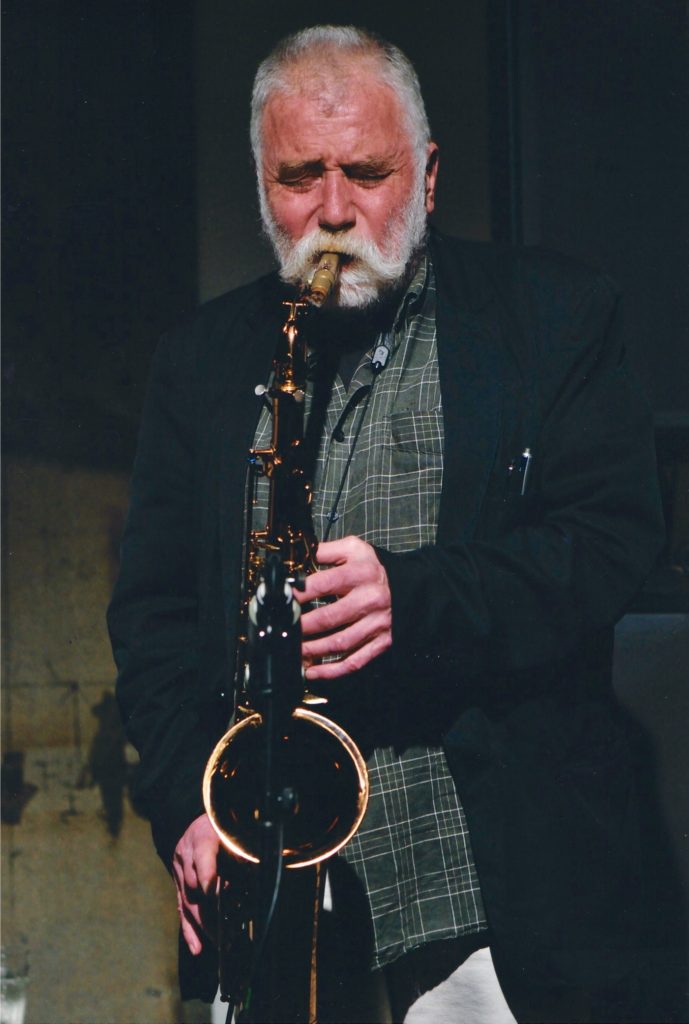