At long last we have been able to confirm the programming for the Friday Night Street Music Party, the second annual edition of this exciting program following its wildly successful debut in 2018. The 13 September Street Music Party features all-acoustic ‘human-powered’ dance music in and among the audience in the Market Square enclosure, and lets audience members get right up close to the music as it is being made.

Come to help us to transform Carden Street into a scene reminiscent of New Orleans, Rio de Janeiro, and other global party capitals! 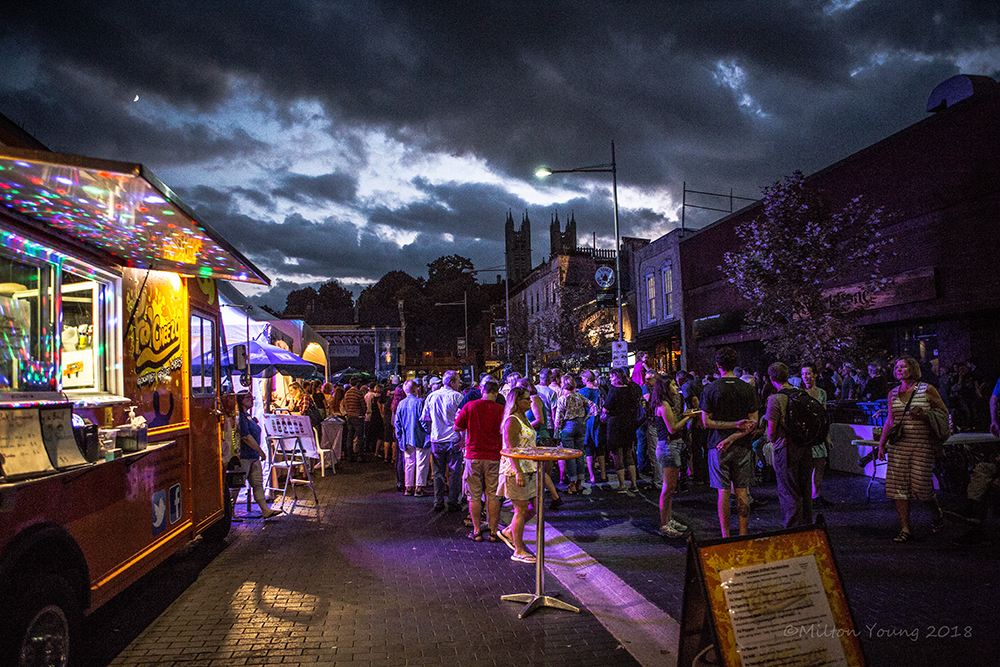