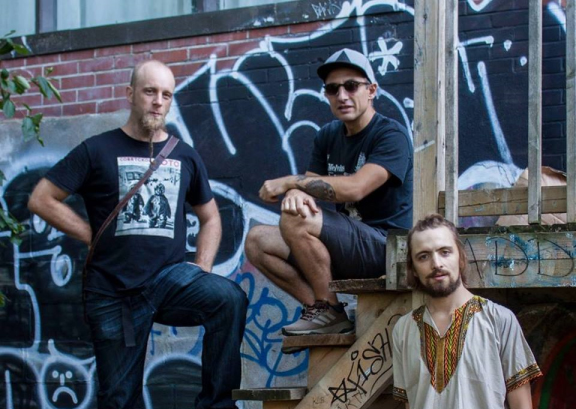 Thomas Chapin was a much-beloved contributor to the New York’s ‘Downtown’ jazz scene until his death from leukemia in 1998, far too young at 41. He was a fearsome saxophonist and seasoned composer who left a trove of dynamic compositions for a range of instrumentations including elaborate chamber-music ensembles. However, the core of his work is the jazz trio, and Montreal drummer Ivan Bamford has invested considerable energy and vision as one of the few to re-animate Chapin’s musical legacy. With his phenomenal bandmates, both originally from France, Stéphane Diamantakiou on bass and Aurélien Tomasi on woodwinds (including Chapin’s own alto saxophone), Bamford brings Chapin’s funkily angular, rock-intensity, and often very humorous music brilliantly to life.