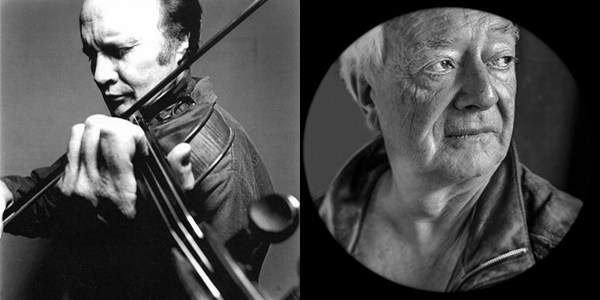 Malcolm Goldstein is a violinist emeritus of experimental music in North America. Goldstein came of age with the Judson Dance Theatre, the influential collective of New York artists in music, dance, and visual arts in the early 1960s. His undeniable bona fides were summed up neatly when he told Scott Thomson that both John Cage and Ornette Coleman wrote pieces for him! Now in his eighties, his playing remains like quicksilver, a sensuous engagement with the total sound resources of the violin, while an almost vocal spirit of melody is never far from the surface. His Montreal colleague, Rainer Wiens, is an ideal partner whose prepared guitar and kalimba (thumb-piano) playing demonstrates an exceptional timbral and, especially, rhythmic acumen.